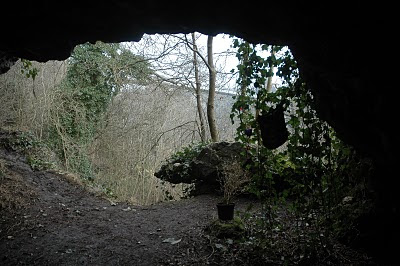 I hopped over the wall of the Suspension Bridge buttress, and scrambled round to Burwalls Cave. I'd heard about it through the Flickr group, and had arranged to go exploring with some of them, but I was the only one there at the appointed time.

I slithered down a steep bank, then hauled myself up a bit of a crag with the help of a piece of rope that dangled down. And then I was there.

Lee was just finishing his breakfast. He stays here when he's in town. He was very friendly and nice, but rather shy; when we heard the distant crashing that announced the imminent arrival of some fellow-photographers, he decided to leave me to it. It felt a bit voyeuristic taking photos, but I did anyway. 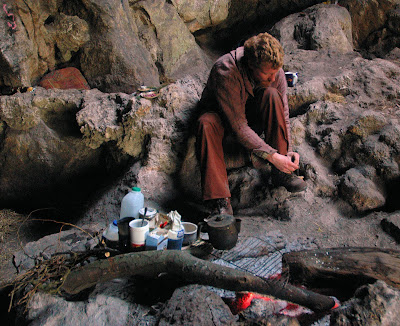 It's a lovely place. And it's probably about the oldest dwelling in the Bristol area. And no council tax either. 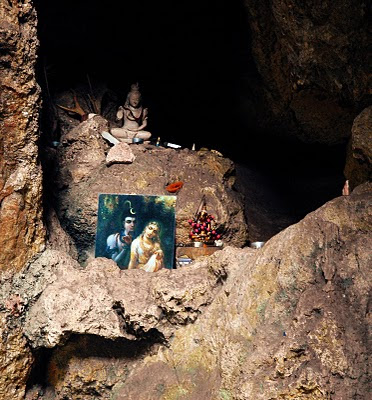