There has been an outbreak of hennaing in Schloss Marland, and a messy old business it is too. Katie is now Very Red Indeed, while I did my usual mix of henna and indigo, with a bunch of ground cloves thrown in for good measure. It's a very satisfyingly hands-on, potion-y experience.

But we didn't get round to taking the 'after' shots, so here instead is Richard, who sent me these photos asking which one I thought was better for publicity stuff. 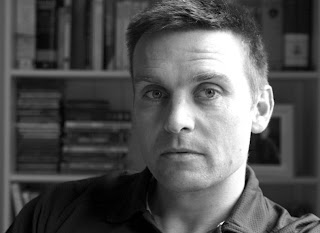 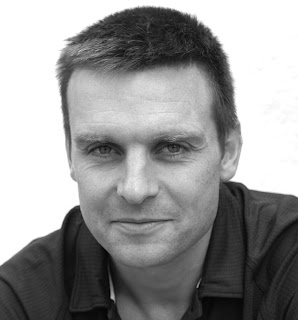 Richard's hair is, as far as I can tell, entirely natural.

As is his twitchiness about his appearance, of course. So I cautiously opined that the first one was sort-of-Melvyn Braggish, in a nice way, and that it was slightly too serious, while the second was slightly too smiley. But that they were both good photos.

Mind you, it's always a dangerous thing, constructive criticism. I once made what I thought were some very pertinent points about a song that a musician acquaintance had done, and she never forgave me for it.