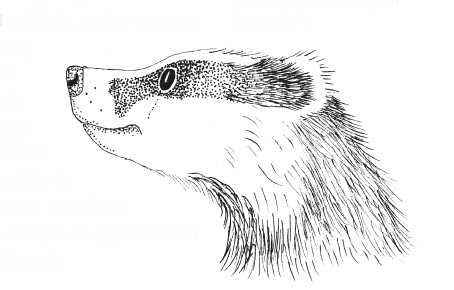 The Burning Badger arrived in Bristol yesterday, to be met by protesters from the National Farmers' Union.

The Burning Badger was ringed by specially-trained Pit Bull Terriers, which did their best to keep the protesters at bay. Amid scenes of rowdiness and tussling, the badger was extinguished twice and completed its journey by taxi to a moving ceremony in the Eastville Tesco car park, where, after much fumbling with the England's Glory and a judicious sprinkling of petrol, it was reignited. Name Withheld Fortescue-Securitypurposes, who probably does something important in the city, proclaimed that "We have this day kindled such a badger in England, as, I trust in God, shall never be extinguished."

Then it went out again.

An NFU spokesperson said, "We strongly object to the taking of badgers for baiting purposes. It leaves less for us to gas and shoot."

A representative of the Peoples' Republic of Badger Baiters, who organised the event, said, "This burning badger is an emblem of hope and universal freedom. Badgers like being baited. Everyone knows that. And by the way, that NFU chap said 'less' when he should have said 'fewer'."

The Plain People of Bristol: Is this some kind of metaphor, and if so, where are you going with it?