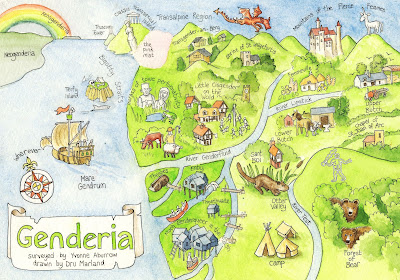 There’s someone I got to know through the poetry world, first online then in real life. We’d shared a couple of adventures, and were friends, I thought. Then, about 18 months back, she posted up an article which praised Maya Forstater and JK Rowling for their plucky work against the transsexual menace.

It came as a bit of a rude shock, coming from that quarter. I asked if she really believed the stuff in the article; she didn’t respond. I unfriended her shortly after that; there was enough negativity going on around then already; another poetry friend-on-Facebook had just posted up a fundraiser for a poet who had apparently lost bookings because of her anti-trans activities; but the friend-on-Facebook also said he had a friend who’s trans, so he couldn’t possibly be transphobic.

I unfriended him too. I would hate to think that someone could use a supposed friendship with a trans woman to bolster their liberal credentials while supporting a cause that evidently contradicts that.
There is quite a strand of anti-transerie in the poetry world. It would maybe be overly simple to describe the average poet as being slap bang in the middle of the demographic most susceptible for recruitment to that particular mindset; and there’s lots of poets who have got not time at all for that shit. But there you go, sometimes it happens.

Anyway, recently my ex-friend got in touch to ask about commissioning some work from me. I replied that we needed to clear the air over the matter of why I’d unfriended her; because if she still subscribed to those views I would find it impossible to work with her.

She said that she quite understood, and would write soon to describe why she isn’t bigoted.
But then she just deleted the messages, so I guess I won’t hear that explanation.

I know she isn’t bigoted, though. She told me so, after all. She’s just a nice person, with legitimate concerns. And she shares those concerns with other nice people. Just not with me.

It’s a shame that she felt happy to share that article, but not discuss it. I could, for instance, have agreed that it was bad that JK Rowling should have received some abusive tweets. And suggested that in the great scheme of things, a millionaire with 14 million Twitter followers getting nasty tweets from a few random People On The Internet is perhaps less damaging than her words having huge weight in the culture war, and being quoted by Republican legislators trying to pass laws to have trans children removed from their parents, in the USA.

But there’s really no point in my responding to articles like that. They represent one position. I could spend a lot of time and energy in picking through it, and pointing out the lies, distortions, and fabricated narratives, and suggesting that It Really Isn’t Like That. But my ex-friend had obviously decided that this is a position they want to take, rather than examine it critically. And that I, as a trans woman, with expert and informed knowledge of these issues, am an unreliable witness to my own experience.
After all, I’m not a nice person with legitimate concerns.

So I watch things like the institutional capture of the Equalities and Human Rights Commission by Baroness Falkner, who consults with the LGB Alliance, a group who, despite the name, are a single-issue anti-trans pressure group, such that the EHRC have begun issuing guidance which is in direct contravention of current equality law. There’s the surprisingly well-funded attacks on Stonewall. And the Keira Bell case which damaged the system of help for trans youth. And so on and on.

It’s notable that the anti-trans activity owes far more to the far right than to anything approximating to feminism, not least because so much of it, and so much of the funding, comes from the same place.
Maybe they’ll succeed, and prevent social transition for young children, and medical assistance for older children (moving the age of that group up to 25 because why not?); and legal recognition and protection for trans adults too. And trans folk will be forced to go into hiding for self-protection, and just to survive.

We’ll still exist though, because it isn’t a lifestyle choice, it’s what we are. And if gender non-conforming cis people get attacked too, in this newly intolerant world, because of their appearance, that’s acceptable collateral damage and serve them right for not making more of an effort. We’re all asking for it.

At least it won’t affect nice people with legitimate concerns. As long as you dress right and keep your hair neat, you’ll be fine. At least for now.

And you only want to smilingly usher us out of the the room while you decide what’s to be done about us. It’s not as though you’re actually pushing us off the top floor, though you support those who would like to. Why can’t we be friends?