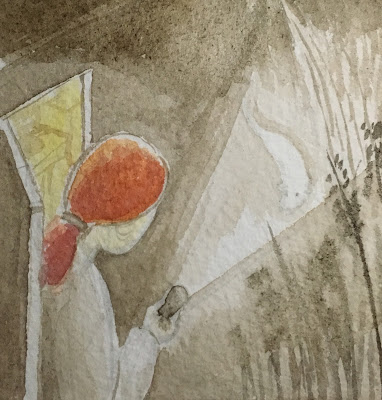 You come to recognise the sound of an otter hunting along the side of the boat; always along the shore side, bumpity splash. Two nights back, around midnight, I heard something pattering stealthily along the after gangplank, and was instantly as alert as I'm likely to get; could it be an intruder? I reached for the torch and checked the air rifle was close at hand. Can't be too careful. But then it went into the water and I was reassured. Tiptoeing to the side hatch, I swung it open and shone the torch along the side of the boat. And there was the otter! It seemed pretty unfazed by my appearance, probably because I was behind the torch beam and therefore invisible.

Then it dived and reappeared briefly at the bow, and was gone.

In daylight, I had a look down by the brook that flows under the aqueduct before joining the Avon a little way further down the valley. The intersection of the two waterways seemed a likely spot for marking a territorial boundary. And indeed, there on a rock in the stream was a spraint. 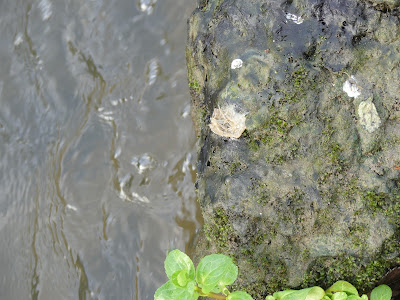 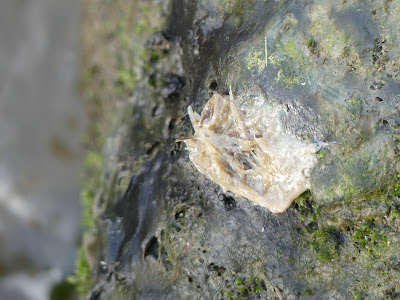