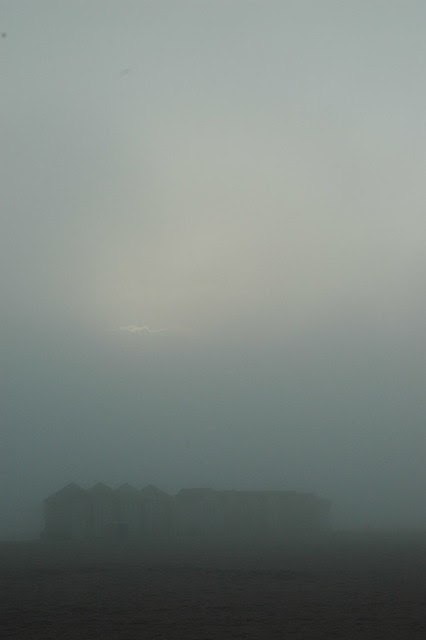 Getting out of the van at the Ouistreham seafront, I saw a bank of smoke roll across the road a few hundred yards away.
"Something's on fire!" I said.
A few moments later, we were engulfed in fog.
Marta beshawled herself with coats and scarves, and settled in to read Figaro Madame. I set off across a  boundless expanse of hard sand, following the scrunch of waves and the scream of black-headed gulls. "You'll get lost!" Marta called after me. "And then what will become of me, eh? I'll die of cold here and no-one will find me." 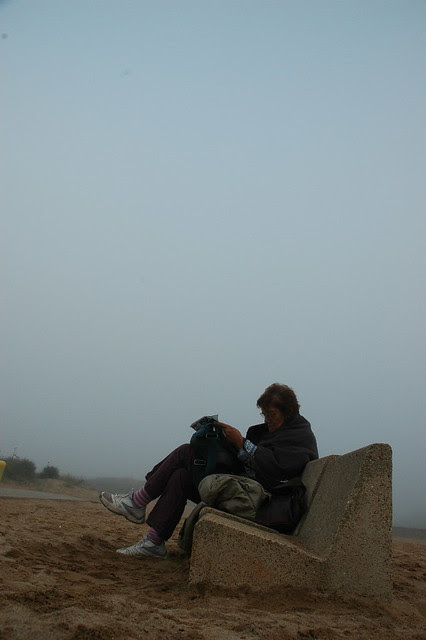 My world was a circle of twenty yards, with me at the centre. After a while, the circle contained a small pool of sea with waves coming into it and wheeling gulls. I picked up a cockle shell and set off back. 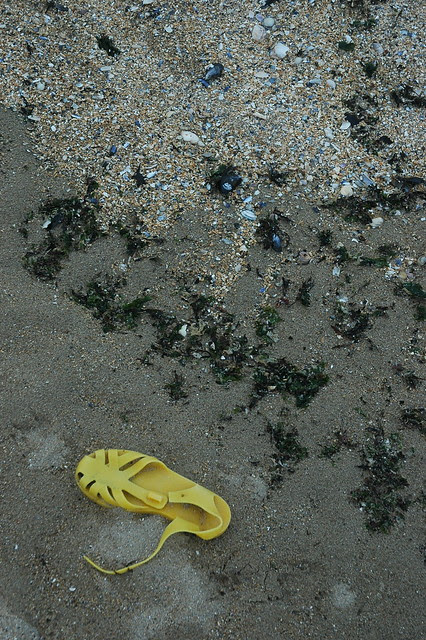 Presently we were seated in the Broche d'Argent, messily scooping mussels out of their shells and eating them. Outside, the ghosts of Normandy past loomed. A tall man in beret and pea jacket, a woman in large felt hat and cloak; evidently the skipper of a fishing boat and his wife, promenading. They seated themselves near to us, and shed their outer garments to reveal a homeward-bound British couple, who drank bright-coloured drinks through a straw and played questions-and-answers about their tour of the invasion beaches; she questioning, then, after a pause, she answering. I learned that I had been walking on Sword Beach, but not what the brightly-coloured drinks were. 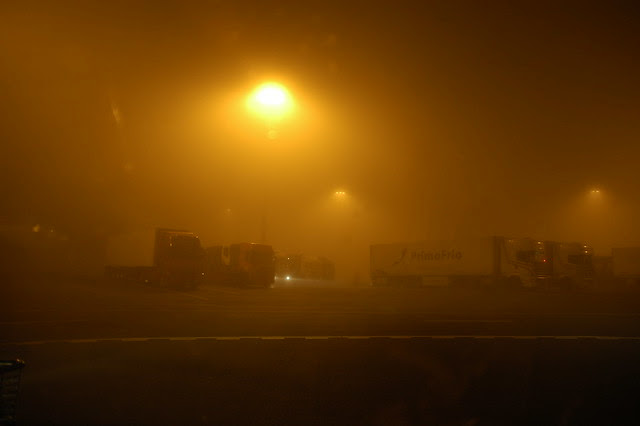 I went on deck as we set sail. One man far below cast off the lines, another pushed the hydraulics button of the passenger ramp and lifted it away from the embarkation deck where I stood alone. As he and France together receded into the fog, I nodded a good night to him, which he quite properly ignored. It is only right that you should be surly if you are a docker, and even more so if you're a French one.