Every now and then, a blog post becomes practically invisible to Google searches. By which I mean that, unless you enter very specific search terms, it simply does not show up. It happened back in 2010 when I wrote about the opening of a new restaurant in Bristol; and it happened again when I wrote about the recent closure of that same restaurant, and the unpleasantness that was associated with it, by former employees and their 'supporters' attacking the local feminist group online, .

As you see, with search terms  and the URL of the specific blogpost, it appears, like this 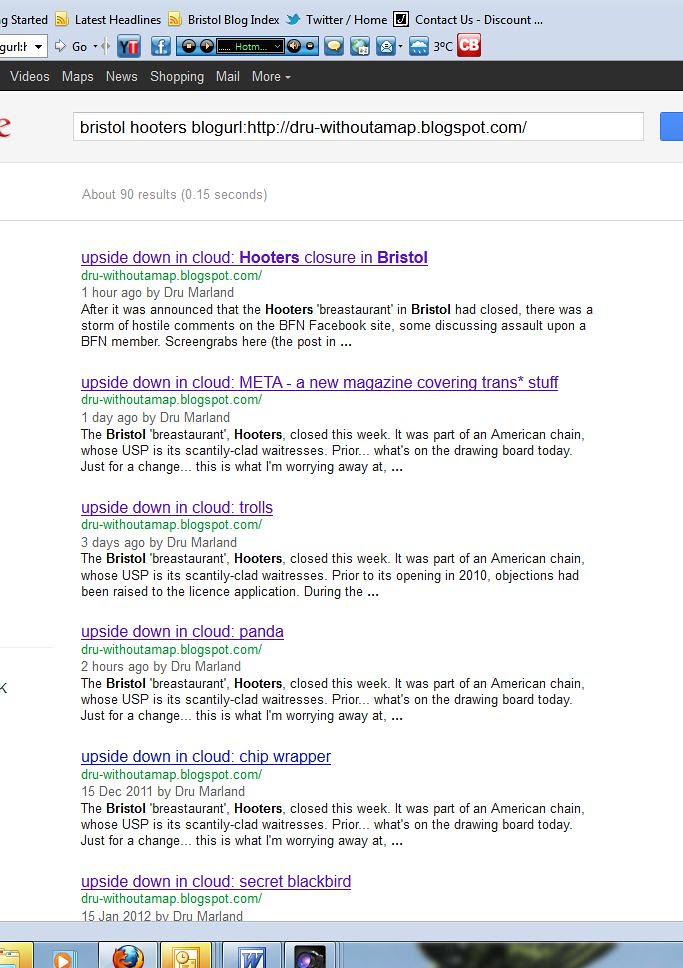 ....otherwise, nowhere to be seen.

So I wrote a second post linking to the first, and it appeared in search results, thus (note that the original post is still invisible, though) 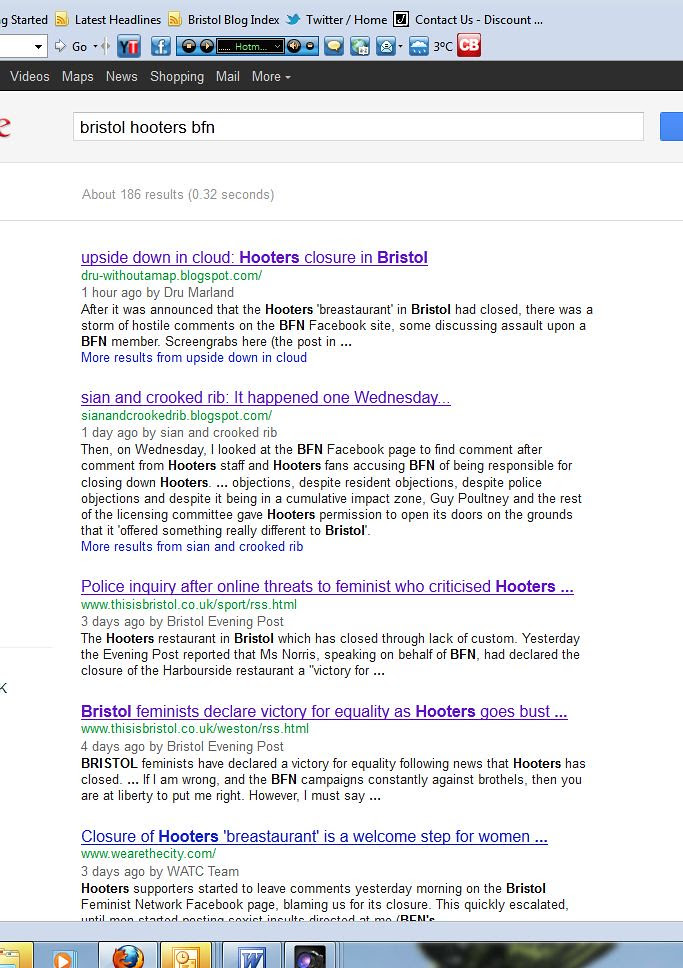 ...and that was fine too. Until this morning. Now that's disappeared from search results as well. 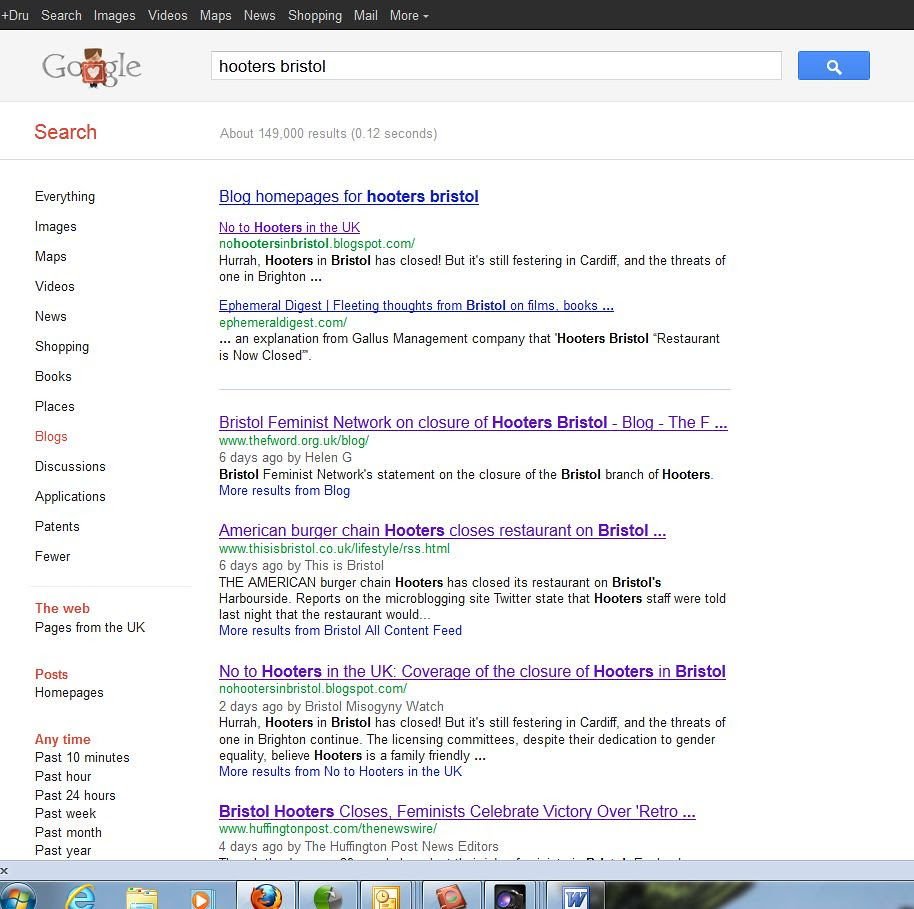