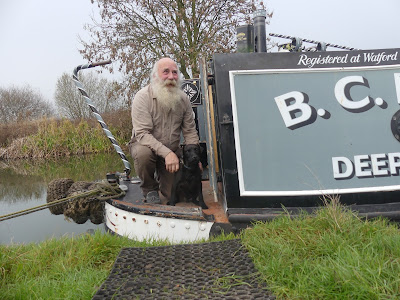 Over to Devizles to drop off more calendars at the bookshop. Then along the Vale of Pewsey to the Barge inn at Honeystreet, to deliver canal maps and see Peter on Grey Hare, and Weasel, his newly adopted dog. 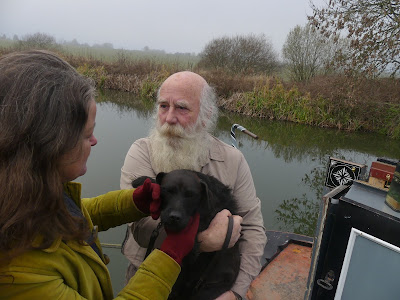 There was a chill mist hanging on the Downs, and where it thinned the quality of the light was really quite something. But, like a starling flock, it's best just experienced. So I failed to capture it on camera.

We did trudge around a big muddy field where some extremely photogenic sunflowers were growing back in the summer, trying to get dramatic views of the starlings who were fossicking in the stubble. But they refused to perform, the dark rogues.

There were also redwings and fieldfares, stripping the hawthorns on the track to the All Cannings long barrow, built not by druids but by Mrs Beynon's Billy. 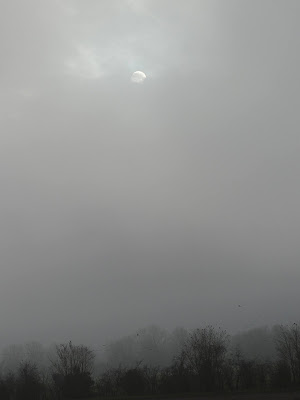 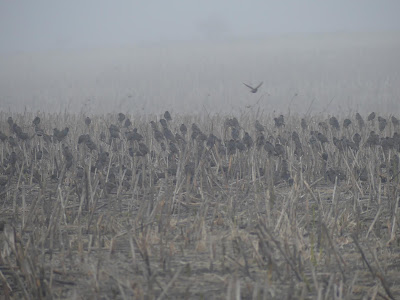