Sitting out on the back hatch while the sun comes up; one of the joys of summer on the canal. If you keep still, you tend to get ignored by kingfishers and whatever else happens to be around, so you see lots. Yesterday morning I heard a clop, and turned, startling a roe deer on the towpath right next to me. It dashed back the way it had come, and dived into the canal, swimming across and scrambling up into the woods, where it did that disappearing trick that roe deer are so good at, only the white rump persisting a little longer, like the Cheshire cat's smile.

Up by the Sainsbury bridge in Bradford on Avon, a flight of steps ascends from the towpath to the road. I was heading up that way, and about to insert the front wheel of my bicycle into the ramp that allows you to get bikes up and down, when I saw a slow worm wriggling its unhurried way down. 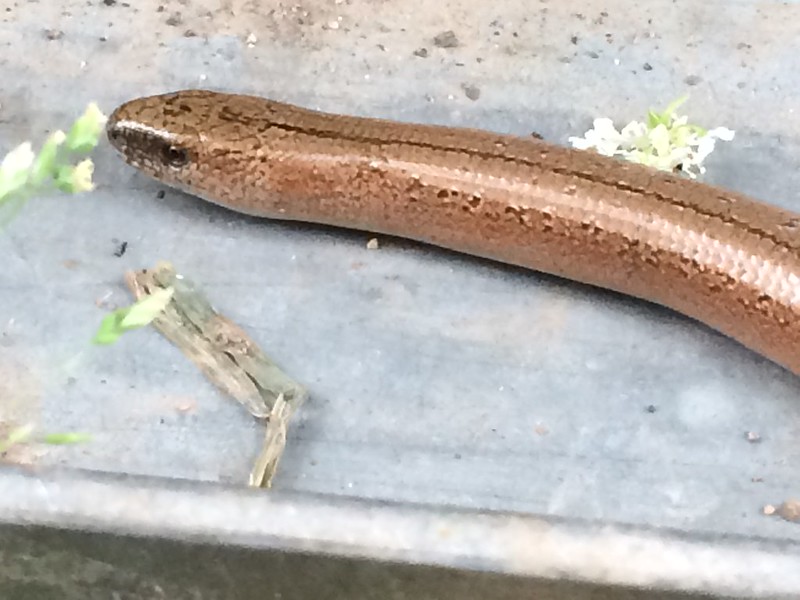 I put the bike to one side and took its picture. A woman appeared at the bottom of the steps, pushing a pram with two small children in it. I told her about the slow worm, thinking the children might find it interesting.... they were more than interested; they picked it up and started to squabble over it, playing tug of war as I attempted to intervene without shouting at someone else's children, and the mother made ineffectual remarks; she evidently wasn't concerned about the welfare of the poor slow worm... 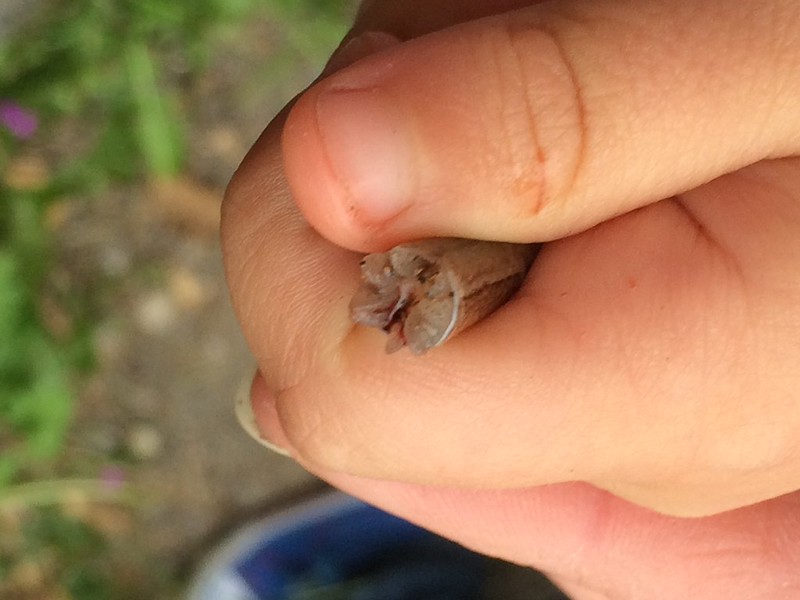 ...and its tail came off and wriggled furiously. The brats were persuaded to deposit the creature in the grass, and led off crying.

Then there was the dog that came galumphing along the towpath, leaping into the water and emerging with a Huge And Very Dead eel. It dumped it by the side of my boat, and trotted away. Well, thank you. 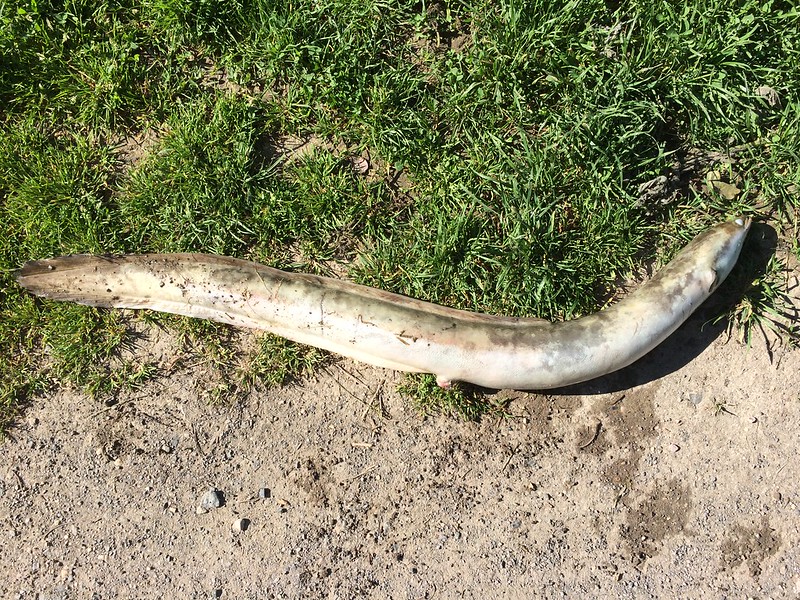 I heaved it into the middle of the canal, and for the ret of the day it drifted to and fro in response to the vagaries of the water flow down the lock and up through the pump.... I began to contemplate means of sinking it or attaching it to a passing boat. But it was finally lost from sight and smell.