I was out late last night, and cycled back to the boat with no lights, though it was light enough to see my way except when I was approaching the Barge Inn at Seend, when I was blinded by their lights. It's rarely so dark that you can't find your way, and if it's possible, I prefer to travel without a light, because when you've got one, then you are marooned on a small island of light, surrounded by impenetrable darkness. You can see a lot more without a light.
There was a bright green glow at the side of the path. It was a glow worm. I was v chuffed, as I've only seen two glow worms before. And I was happy that I saw it as green; the first time I saw one, walking back to our Herefordshire tent with my friends after an evening at a pub, I thought it was a cigarette end; it was the only time I've mistaken a green light for a red one, as a result of my deficient colour vision, that put a stop to my intended career as a pilot in the RAF...
Two cyclists appeared as I crouched over the glowworm. "There's a glowworm here!" I called, as they neared. They passed silently, worried that I was some sort of loonie, I suppose.
I passed two more glow worms, a hundred yards or so apart. Then I saw some anglers on the path ahead, and dinged my bell to warn them of my approach. They all put on the little head torches they were wearing, which glowed red (a night vision thing, I suppose). We wished each other good evenings as I passed, and I thought how very like big glow worms they looked, togged up in their bulky all-night clothes and glowing like little beacons. 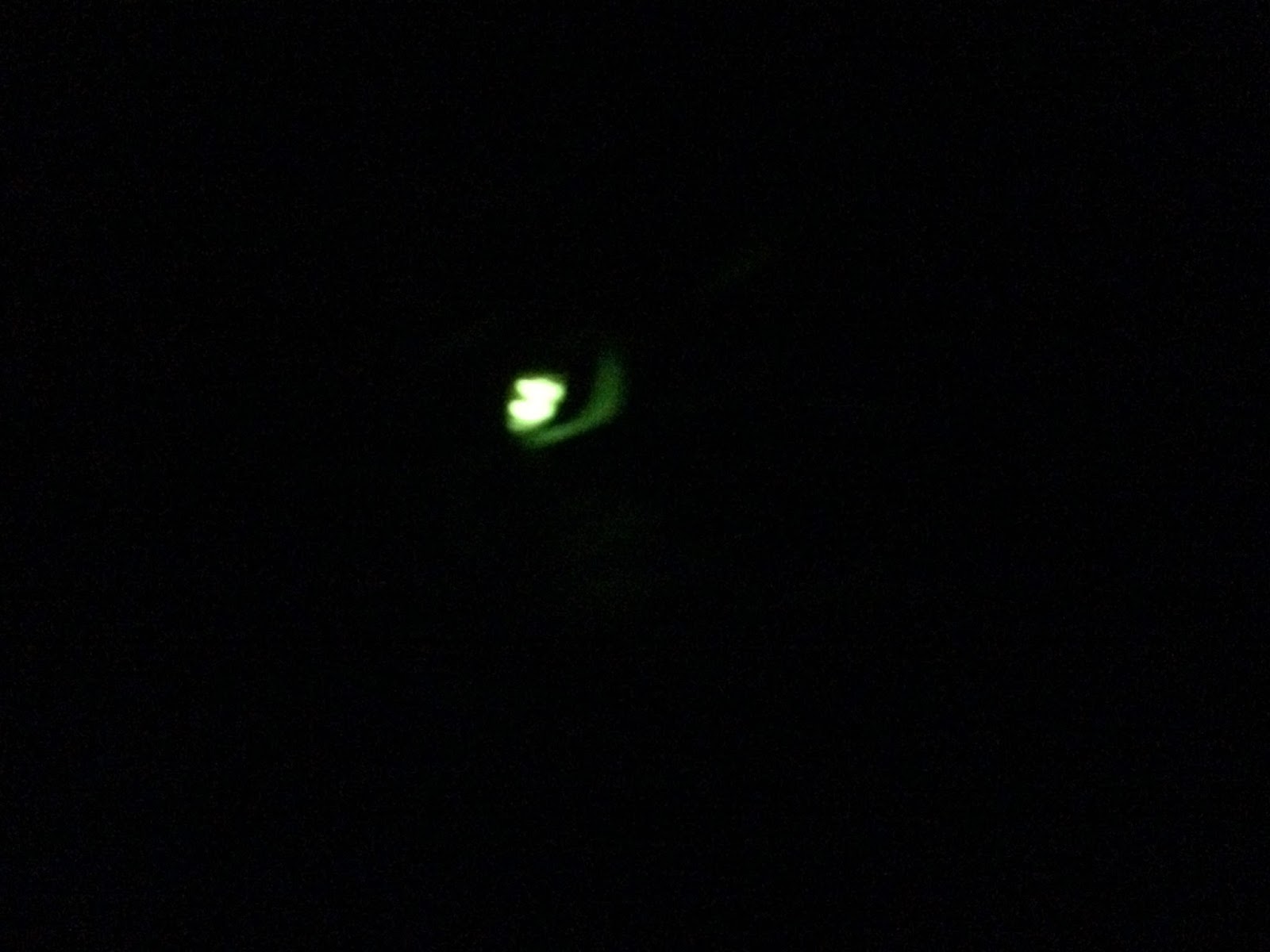