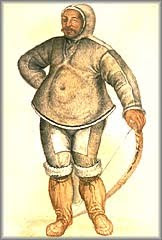 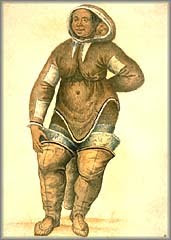 I was quite excited to find out about the three Inuit brought to Bristol by Martin Frobisher in 1578; he'd captured them as hostages against the return of members of his crew who had been captured by the locals, and were not seen again. So he brought them back with him, and they died not long after. A post-mortem showed that the man, Callicho, had sustained broken ribs, presumably at the time of his capture by a crewman who was a Cornish wrestler. He was buried at St Stephen's church in Bristol; the woman, Ignorth (though the name is simply based on the Inuit for 'woman'), was present at the burial, as they wanted to reassure her that they weren't going to eat Callicho. It was observed that she appeared expressionless. She died soon after. The baby was sent to London to be presented to the Queen, but died before getting to court. 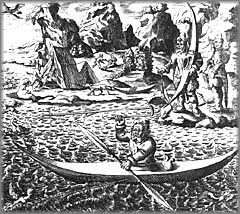