in the land of the headless chicken 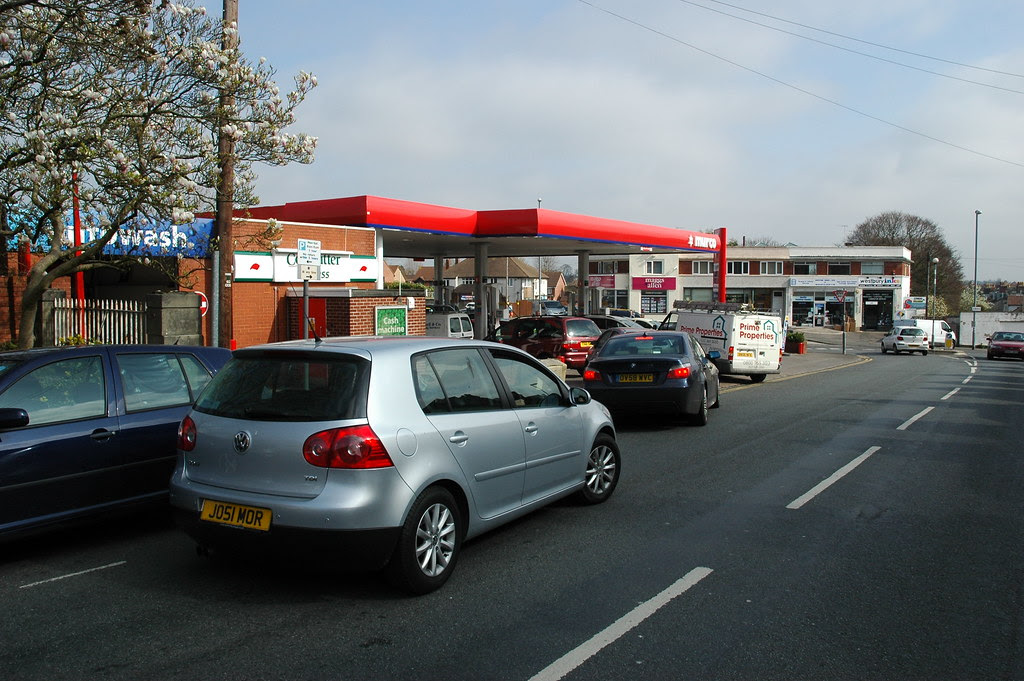 It was a good day to cycle, yesterday; I avoided getting caught up in the queues of cars outside petrol stations that blocked the road and the pavement, after some fool in the government advocated hoarding petrol against the possibility of a tanker driver strike. Fortunately, I have no vital long journeys to make, and I've modified other journeys to avoid using the car. Picked up Katie from a party yesterday, and we rode home with her sitting on the rear carrier of the bicycle. It was a fine, warm evening for riding, and the streets smelled of blossom as we meandered around Westbury Park.

It is a worry, though; maybe it's the neighbourhood I live in, but there is a substantial stratum of the feral middle class, who descend upon available resources at the mere suggestion of any disruption to supplies of consumables. The Waitrose supermarket adjacent to the petrol station was also jam-packed. Down the road at the Co-Op, it was business as usual.