being nice to each other 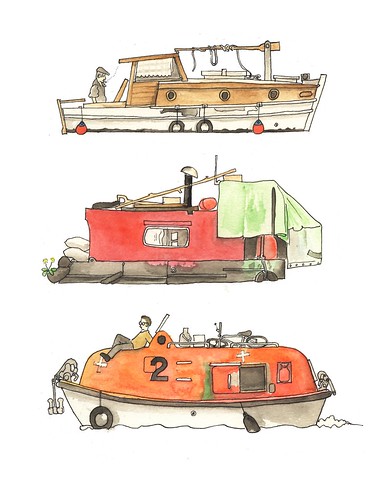 
...I was up late on the day of the referendum, going over to Bristol to meet Boat Teenager, and of course to vote. I walked to the polling station with friends; it was heartening to be among like-minded people after driving past big banners in Wiltshire fields saying WE WANT OUR COUNTRY BACK....


...news of the disaster filtered through in the morning; we drank coffee and didn't say much about it, because we all felt a bit unreal. We got on with useful things; Simon on Spirit of Marmalade was trying to work out why his boat's horn wasn't working, so I stuck it in the Moggy and demonstrated to our satisfaction that it was OK, and he got on with bypassing the push button. A repeated honking announced his success. Meanwhile, I was drilling and tapping holes to bolt Rick's swivel chair on his back deck; he likes to drive his boat seated. Becky was hosing down her boat with the stirrup pump; we fixed the brakes on her bike, because they weren't functioning at all, and she almost went into the canal yesterday.