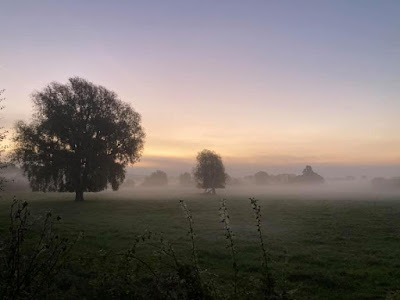 We came up the flight of locks at Caen Hill and spent a couple of days alongside in Devizes, recovering from the exertions of the ascent, though it had been made far easier by kind friends who'd come along and helped. But then it was time to move out into the Vale of Pewsey. We were fortunate to find a couple of prime moorings right by the swingbridge at Bishops Cannings, with a fine view across the Kestrel Oak field, and looking the other way across to Tan Hill, hidden there in the morning mist. 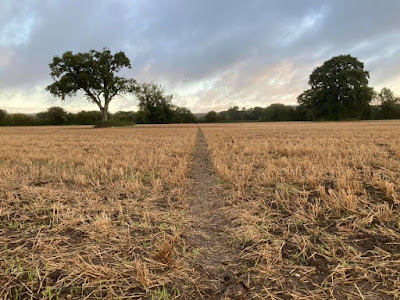 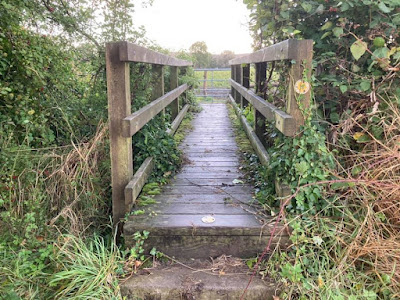 Listen to the morning sounds here. Somewhere in there is the last hoot of the tawny owl; and the dongdong of cowbells,  bringing a touch of the Tyrol to Wiltshire.
The night was so clear that the Orion Nebula (M42, to use its Proper Name) was clearly visible as a nebulous thing, and you could make out all of Lepus the hare, below Orion and endlessly chased by Sirius the dog star.

I got out of bed and opened the hatch cautiously, keeping all lights off so as not to mess up my night vision. There was a very noisy munching right net to the hatch; for the otter, as for big hungry tigers, table manners have no place. And it's hard to eat raw fish delicately, to be fair.

Presently the otter finished munching and departed; so I went out with the headtorch, in time to hear a great yickering coming from up by the bridge. When I got there, I saw the otter slink one way and another bulky form go the other. Then it turned and displayed its unambiguously badgery face to me, before trundling under the bridge and out of sight.
My cruising companion for the last couple of months has set off eastward now. Yet another farewell-but-just-for-now. It's all a bit ships that pass in the night, life on the canal. Or perhaps more like ships that pass in the day.  I remember a departure from Valletta, when our Filipino deckhands called across to their compatriots on an incoming bulker, "Mabuhay!" ...the easy camaraderie of the sea. And then on Condor 10, leaving St Malo for the last time, and seeing another Condor boat going in, and we waved to each other in passing, friends and acquaintances separated by water but maybe meeting up somewhere again, somewhere along the way.