the deer that nibbles the buttercup

A roe deer appeared across the water, treading lightly through the long grass of Horse Field, and nibbling delicately at the buttercups. I started filming just as this Shostakovich began on Radio 3, and they seem to go together rather well.

After I posted it up on Twitter, somebody told me that I was most likely mistaken, because the flowers were probably crowfoot, and animals don't eat it because it's not good for them. 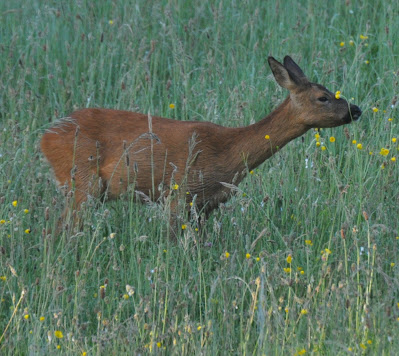 Never argue with that sort of person on the internet, says I, not least when you know what you saw and even filmed it, and they saw but evidently did not see the film.

But I did get curious about this 'crowfoot' business, and looked it up. Crowfoot is another name for the meadow buttercup, and derives from the three-pronged leaf's supposed similarity to a crow's foot.

Anyway, I wandered over there early the next morning. The path wanders up the hill in the meandering way that paths do when they're not imposed by a ruler on a map 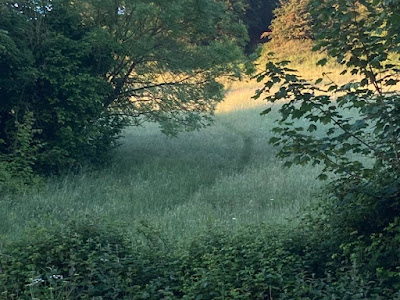 And closer to, you could see where the grass had been pushed aside and the dew had been brushed off by the passage of the wild creatures in the night. 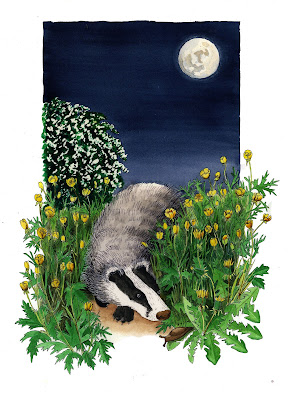 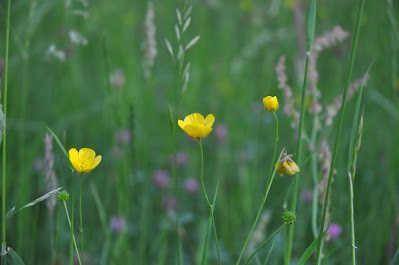 And in the shadier places there was Bath Asparagus, or Spiked Star of Bethelehem. It is really quite common in this area, the country south of Bath; hence the name. It's not an asparagus but a lily, but is edible and used to be harvested and taken to market in Bath. But it's protected now, although I do know someone who still picks and eats it, the rascal. 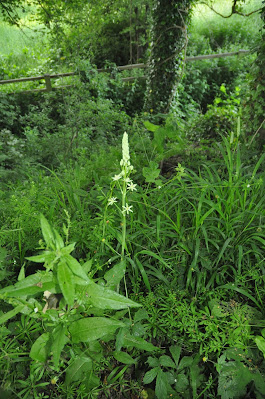 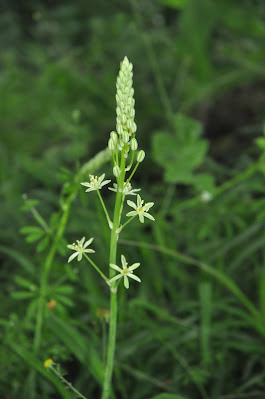