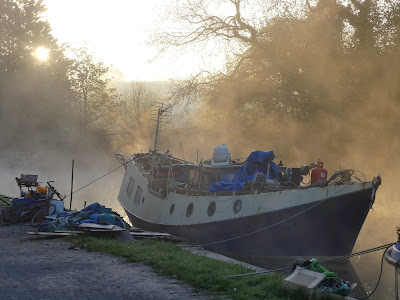 Sharon and Mark's water tank was running low so they set off for the water point, first turning at the winding hole. They'd got the bow into the inlet, when the engine faltered and suddenly stopped. I wandered up to see what was going on.

Something had jammed the prop. Unfortunately, unlike on a narrowboat where there's a weed hatch above the prop to allow you to reach down and examine the prop, this boat, a Broads cruiser, has no hatch and a prop recessed under the hull too far in to reach without diving. 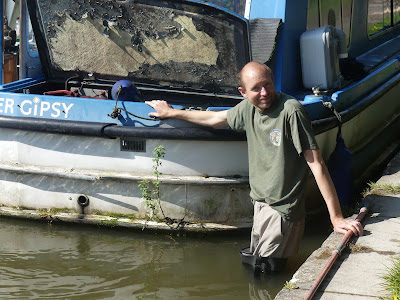 Marc resignedly scrambled down in borrowed waders which had a hole in them, though the hole didnt really matter because the water came over the top anyway. Jim prepared a harpoon in case a great white whale should appear. 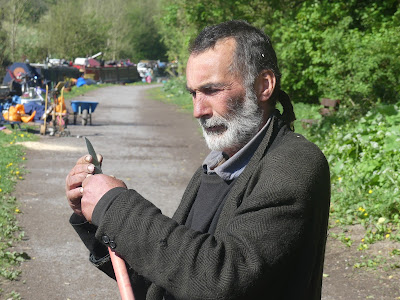 The narrative arc ground to a halt at this point, because prodding and probing was to no avail. Jim volunteered to dive down and clear it in exchange for a week's supply of sherry. Sharon did some rapid mental calculations and looked startled. 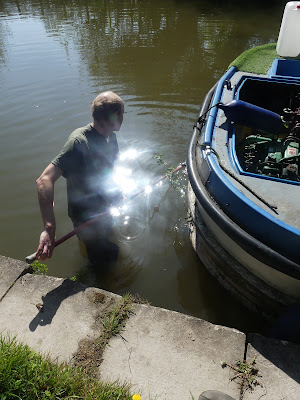 But they tried easing it into gear a few times and eventually whatever it was down there cleared, and they were on their way victorious. 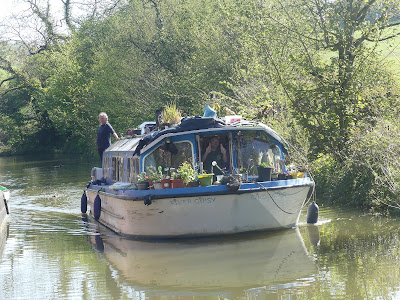 From George's camp came the melodious bonging of one of those steel drum things. 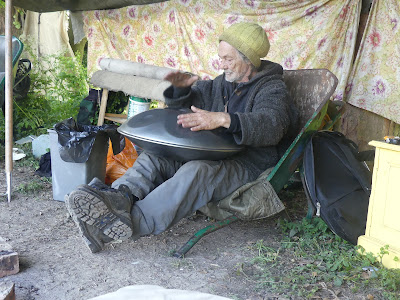 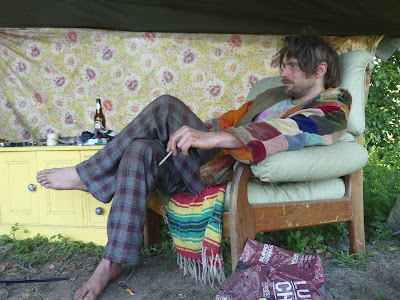