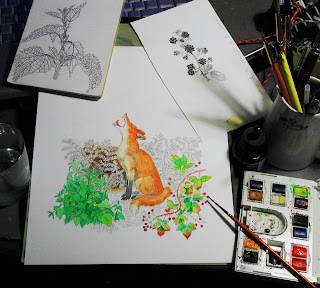 I looked through my photo album to see what I had been up to ten years ago, and the two pics I was happiest with in that year were my hailstone fox and badger in May. 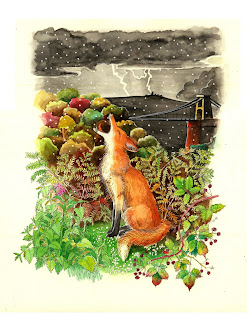 Crikey, ten years! My output has not been exactly prodigious in the intervening years, but heck, there have been distractions. I seem to have fallen into drawing maps, which is nice as I've always liked maps and drawing them, and if people like them as well then it's win-win. 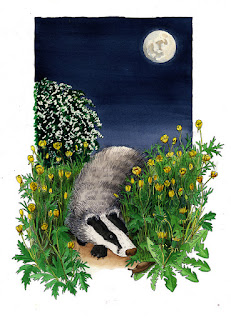 It was a fairly quiet decade, relatively speaking. The preceding one had seen my old life fall to pieces as I began to transition; then things began to seem settled and successful, till the hassle I was getting at P&O Ferries became too much, and then I had almost two years working towards the tribunal that saw me vindicated and perhaps taught some companies that they needed to take equalities seriously. And then there was 'Becoming Drusilla', my collaboration with Richard Beard, intended to show what life is actually like when you're trans, rather than what you read about in the Sun. The book was very well received. Were we at last reaching the broad sunlit uplands?

Maybe not. This last decade has had much about it that has been low and dishonest, with pushback from the far right and from some folk who seem sincerely worried about cis women's rights being eroded by trans women; and, social media being what it is, those who fall down the TERF rabbit hole seem to end up going round in circles, affirming each others' misunderstandings. (Obv I am in my own set of confirmation bias, but at least I know the enemies' arguments, because it's hard to avoid them, seeing as how they're trumpeted in the press and on the radio... and so many people will not listen to trans people themselves, despite our being, you know, experts in our own field, because they view us as unreliable witnesses; we are seemingly infantilised by the simple fact of being trans. I have been lectured on gender by people who've seemingly read the Ladybird book on it 40 years ago and Know Everything)

So it goes. My own decade has had its own little stresses, like losing my old home, with the uncertainties that go with that; and finding a new one on the canal, and a community that I love and feel very lucky to be part of. Outsiders all...

And for all the losses along the way there've been good and steady old friends. And new friends. And my daughter who was always there. 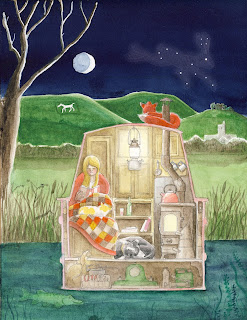