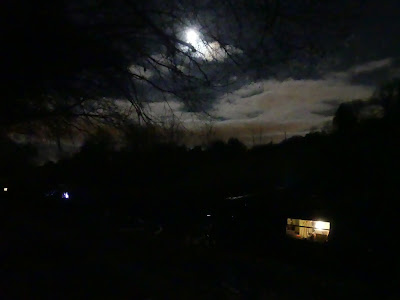 The north wind is blowing, and temperatures just around zero. Out of the wind, the days have been rather pleasant, and the moon is waxing and nearly full, so it's nice looking out at night.

It may be the low temperatures that administered the coup de grace, but my domestic batteries, on which I depend for light, the water pump, and the tiny circulation pump on the woodburner's back boiler, are just about banjaxed. This morning the lights dimmed to a faint glow as soon as the water pump cut in when I was filling the kettle for my tea.

I primed the pressure lamp, but there was no paraffin left in it so it didn't light up... I love this lamp; it's an Austramax, an Australian version of a Tilley lamp that I found last week at the informal reuse/recycle centre that is the boaters' bins. And it started the first time (but I now need to refill it; fortunately, there IS a tin of paraffin somewhere in the boatman's cabin...)

Today I must move up to the wharf at Bradford on Avon, ready for the weekend's Floating Market. And then maybe hunt for some new batteries, PDQ. 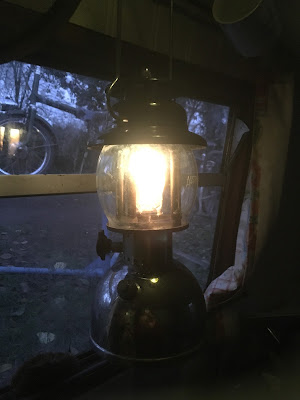