the voice on the hill 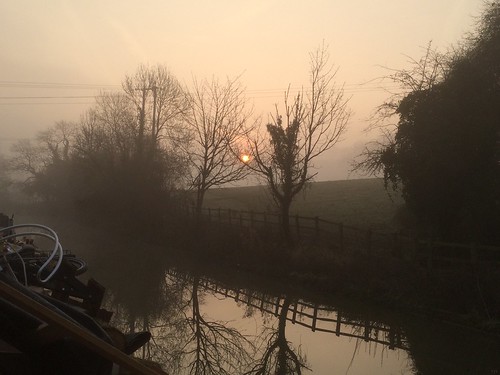 Tucked in the early mist, the hill was softly snoring to the distant woodpeckers' drumming. A line of three roe deer crossed the field, stepping daintily and with the occasional scamper, nervous at being in the open even with half the world still asleep. When the sun appeared over the ridge, it suddenly lit the kingfisher perched opposite my window, so that it blazed startlingly blue. It seems unfair that the blueness of kingfishers is brought into question - jug jug to dirty ears, I say.

The kingfisher up in that tree
Has no time for philosophy;
No longer by the dawn obscured,
It seems entirely self-azured

Presently the anglers set up their little lunar landing craft and perched on the side of the canal, working hard to disprove Donne's claim that no man is an island, and grudgingly nodding or ignoring me as was their wont. 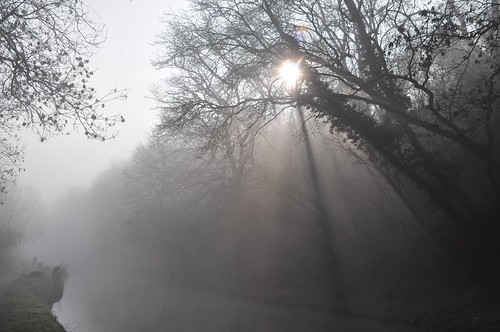 Jack Labonowski was at work on his wood lathe. This sort of work is called 'bodging', you know. Jolly nice anyway. 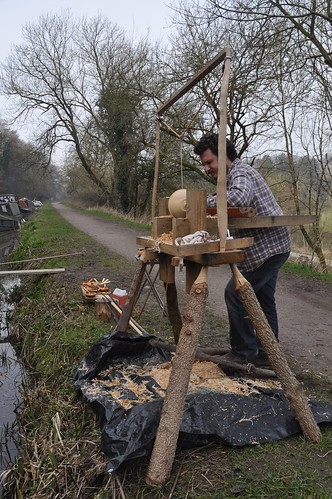 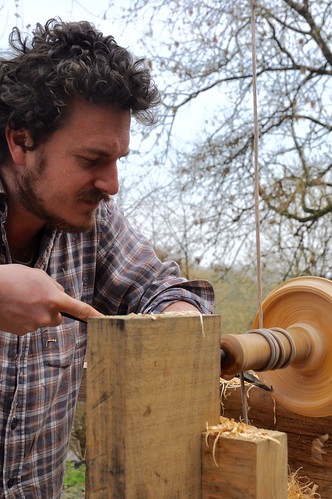 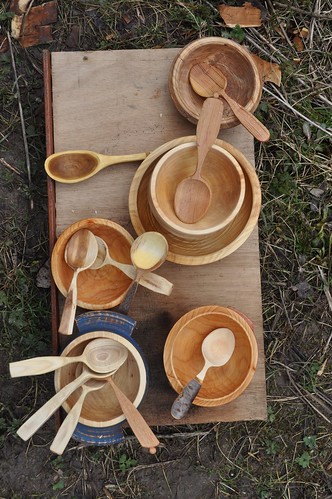 Cold though it was, the sun was bright and warm to the touch. And the towpath has completely dried out, so the weekend walkers were able to keep to the path without having to detour round the puddles; even the ones in unsuitable footwear seemed happy enough. Presently, a party of sensibly (and expensively) attired folk descended from the woods opposite, backlit by the sun so that they were all haloed. Passing as they did across the path of the earlier deer, they reminded me of the ghostly walkers in Sorley MacLean's Hallaig

Back through the gloaming to Hallaig
Through the vivid speechless air,
Pouring down the steep slopes,
Their laughter misting my ear
And their beauty a glaze on my heart.

...except for their voices. They boomed, in that confident middle class way, deep and sonorous as an ensemble of alpenhorns. Ah, Wiltshire.