holding up a slightly dodgy mirror to nature 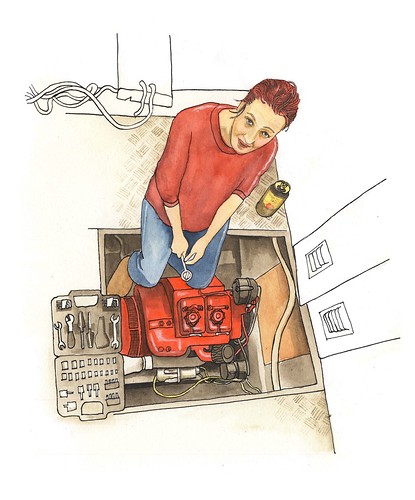 My second picture in the new series; Sarah with her shiny Lister, newly-rebuilt and painted red. I was quite pleased with this pic, because it looks like Sarah; the trouble with drawing real people is that you feel a bit of a failure if the picture ends up looking nothing like them. Which happened with the next picture, Craig and Kane. Craig's on the left... 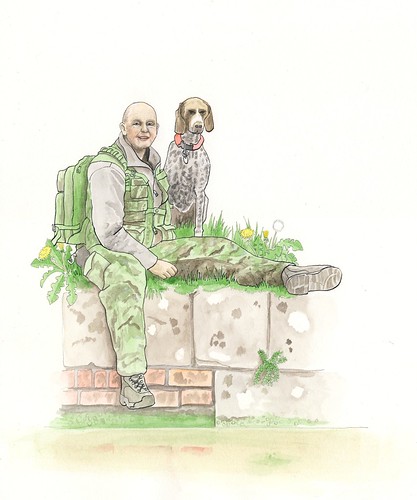 Funny business; I dumped the first version, and worked and reworked this one before thinking "Sod it, I'll be here all year at this rate" and just finishing the damn picture. It looks like someone, but it just doesn't look like Craig.

It's like when I did the pictures for The Bristol Downs; a natural history year. Having taken the job on, I suddenly realised that it wasn't enough to do nice pictures; I had to do accurate ones. 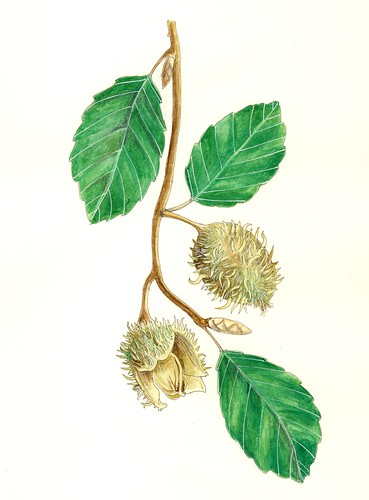 ...which isn't really the case with the current project. But it would be nice if they were.

Maybe I'll come back to Craig.
Posted by Dru Marland at 08:06